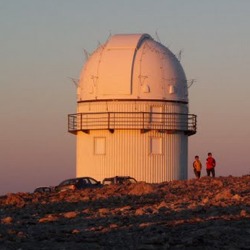 The Skinakas Observatory is a joined research facility of the University of Crete and the Foundation for Research and Technology - Hellas (FORTH). Its prime objective is to conduct fundamental research in Astronomy and to promote Astronomy among students and general public in Greece. It currently houses two fully functional telescopes: a 1.3m modified Ritchey–Chrétien telescope and a 0.3m Schmidt-Cassegrain telescope.

Skinakas Observatory is operated by the Astrophysics Group of the University of Crete and FORTH. 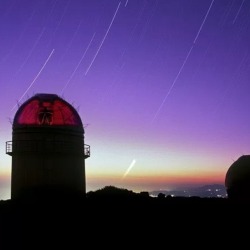 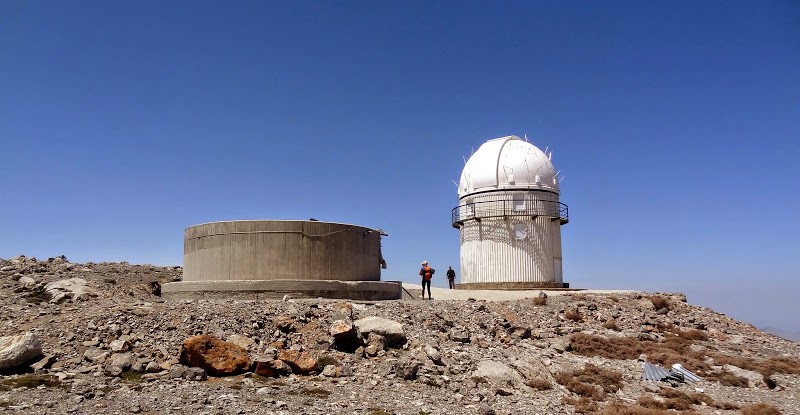 The idea to create a site of astronomical research at Skinakas was conceived in the summer of 1984. Soon after the construction of a road to the mountain peak commenced. The university of Crete, The Foundation for Research and Technology - Hellas (FORTH, former Research Center of Crete) and the Max-Planck-Institut für Extraterrestrische Physik (Germany) agreed to build and operate together a telescope with the purpose of providing modern education in Astronomy to University students and also of supporting astronomical observations with emphasis on the research of extended sky objects like comets and gaseous nebulae.

he expected arrival of the comet Halley in the Spring of 1986, after 76 years of wandering through the solar system, set the time schedule for the installation of the telescope, which having a wide field of view, and equipped with a highly sensitive electronic camera was especially suited for the observation of the comet. Indeed, after the construction of the road on the rocky mountain and the completion of the first stone-made observatory, hundreds of people from all over Greece, among them many officials, came to Skinakas in the Spring 1986, in order to participate in the inauguration of the Observatory as well as to observe of the comet Halley. In 1988 the construction of the guesthouse, also made out of stone, was completed and immediately hosted the First School of Observational Astrophysics in Greece.  The successful installation and operation of the first rather small telescope confirmed the excellent astronomical conditions at Skinakas characterizing it as one of the best sites for high quality astronomical observations in the Mediterranean area. Consequently, the cooperating institutions decided to further develop the Observatory by the installation of a larger and very modern telescope with a mirror diameter of 1.3m. The telescope, which remains the largest of the site, was inaugurated in Autumn 1995.